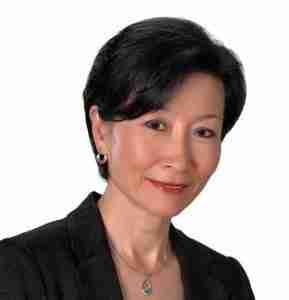 Events over the past year, primarily COVID-19 and its impact on the economy, have inspired many companies to undergo major changes and transformations, such as restructuring, new operating models, new channels, new partnerships, right-sizing, etc. These changes are intended to position companies for success in the new reality, but studies have shown that a high percentage of change initiatives do not achieve the intended goals. The primary reason for failure is attributed to factors related to people – leaders and organizations – rather than the technical aspects of the change. After all, people make change happen, and change can only be successful if it’s well executed by people. But often, we underestimate the magnitude of the task of managing the people elements, which may well be the most challenging aspects of the change. However, a good change management program with a strong focus on people can enable the success of change initiatives.

A fundamental key success factor for any change is that the vision and the case for the change are clear and compelling. It is critically important that leaders are aligned and committed. Any concerns or dissenting views are best discussed openly and satisfactorily addressed at the outset, before venturing too far down the path. The final solution will likely be stronger and more robust as a result. If issues are brushed aside and not adequately addressed in the early stages, they may become obstacles later on, even to the extent of derailing the change.

Leaders must communicate the change to the organization regularly, consistently and compellingly. Basically, people want clarity on what is the change, why is it necessary, and how it impacts them. The communications serve to build awareness, understanding, acceptance, and finally commitment. People evolve through these stages at different rates, and throughout the evolution, leaders need to listen to and understand the concerns of the organization and address them with transparency, honesty, and empathy. Effective communications by leaders can build trust as well as inspire and galvanize the organization to own and be agents of the change. When this level of commitment is achieved by leaders and the organization, the change has a high likelihood of success.

Mindset and behavior shifts may also be required. Mindset includes things such as beliefs, assumptions, values, fears, etc. Our mindset is manifest in our behaviors, which people see. Behaviors include things such as how we communicate, how we work, how we interact with others, etc. If we want a different set of behaviors in the future state, we must understand current mindsets that may be driving the current behaviors, and then work to shift mindsets to drive the desired behaviors. As an example, if an individual or organization believes that failure will be punished, then the ensuing behavior is that only low-risk safe actions are taken. But if the company wants to encourage bold, perhaps riskier ideas, then it must shift the belief to that prudent risk-taking is rewarded. Once this belief takes hold, we may see more bold ideas come forward.

The question is how do we shift mindsets and behaviors? What drives behavioral change? Leaders have a major role to play in this regard. Leaders must clearly articulate and reinforce the expected behaviors. They must walk the talk and demonstrate the expected behaviors. For example, if the company wants to shift from internally focused to externally customer focused, then the leader may want to be seen meeting with customers frequently and taking team members with him/her to the customer visits. Leaders also need to reinforce the desired behaviors with visible actions, such as publicly recognizing people who exemplify those behaviors, thereby encouraging others to do so as well. As an example, to encourage more risk taking, a leader may publicly recognize an individual who took a prudent risk to implement a big idea, even though the idea may have failed.

Stakeholder analysis is also another critical component of change management. Identification of internal and external key stakeholders, assessing the impact of the change on stakeholders, and developing and executing an engagement plan are important steps to gain alignment and commitment. Engagement occurs throughout the change journey to allow regular communications and monitoring of the adoption along the way, such that any concerns and issues are openly discussed and promptly resolved.
The above describes some essential elements to change management; there are many others. As companies embark on change, it is important to keep in mind that human factors, in large part, determine the outcome. A good, well thought-out change management program with a strong focus on the human factor can enable success of the change initiative.